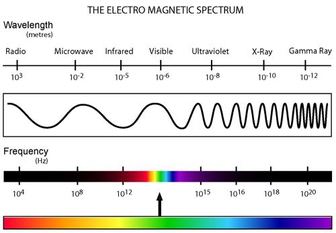 Hi, Please view our organization page and please help keep us going.  This work is so important, especially with the recent revelations.  We need to be right there, with our voice present, credible, available and heard, to deal with issues which have been plaguing us. We work for you, ourselves and all of us, that are surviving this. and intend to.

Join me by donating to
https://www.giveforward.com/fundraiser/sbm2/canr-s-mkultra-survivor-fund

Disclaimer: Our advocacy is directly for issues and events stated, defined and described, on our website and individual web pages. Those are our sole advocacy. Claims, concerning other events, beliefs, stated offenses and events, and parties responsible, concerning our claims are not  those of Kelb and we do not advocate for, nor support them.
We advocate solely and exclusively for what we state on our site and webpages. Internet connections to our site do not represent our organizational work, concerns and issues.

We are requesting a teleconference with you, or a member of your staff, concerning a nationally occurring problem. This letter follows Ms. Sheila Epstein, (R.N., W. Palm Beach, FL) ‘s telephone conversation, with your office.

Our issue is directly related to the issues you referenced in your Radiation Report, "American Nuclear Guinea Pigs”. This problem still exists and is seemingly ongoing.

We work with a large group of people who are experiencing seemingly unconsented testing/harassment with directed energy weapons. This group is composed of everyday citizens, professional people, whistleblowers, and earlier experimentation survivors. There is apparent involvement of the intelligence/military, in a covert capacity, directing these actions, along with various contracted third parties. The wrongdoing -- illegal and harmful acts, includes this experimentation, harassment, as well as attempts to discredit the complaining victim or whistle blowing parties.

In a sustainable and civilized world, ethics, in the development and use of electromagnetic (EM) devices is vital. EM energy is defined as the frequencies on the electromagnetic spectrum, microwaves, the infrared frequencies, radio waves, extremely low frequency (elf) and others. All EM energies are radiation.

Many everyday devices use EM transmissions to work. Our cell phones use the EM frequencies, microwaves, to transmit voices across the continent. WiFi’s and other computers transmit via EM and radio frequencies. The space shuttle speaks to workers in the control room, via EM transmissions, from miles above the earth.

As electromagnetic device and radiation development occurred, in the scientific and medical communities, unfortunately many ethical and human rights violations also occurred. The early years of development, were also the years of the Manhattan Project. The U.S. radiation experiments (1950 - 86) are one telling example of the how the rush to scientific development, in this field, resulted in unethical human experimentation.

In her book, The Plutonium Files, Eileen Welsom chronicles the unlawful experimentation many Americans experienced at the hands of doctors and scientists they trusted. It was only years later, that the true nature of these harmful experiments were exposed.

Congressman Markey, your Radiation Report, "American Nuclear Guinea Pigs," documenting many of the radiation experiments on U.S. citizens and calling for further investigation, we believe is impressive and vital to moving forward with this issue. It helps deal with the years of mushrooming experimentation, (1932 - 1986 ?) which seemed to encourage noncompliance with informed consent and helps with the issue of human victims of these nonconsensual experiments. We need to move forward, as a nation that honors ethics, and Constitutional guarantees, for all of its citizens. Admitting past (and possibly present) noncompliance, helps us do this.

In your recent letter concerning the Chernobyl and Japanese nuclear incidents, you again implore:

“We must vicariously learn the lessons from such deadly and lingering nuclear catastrophes and engage in the rigorous assessment necessary to ensure that our nuclear fleet is safe and our oversight of this industry is transparent and sound.”

We thank you, applaud and encourage your initiatives and are very grateful for your important work, in this area. We agree that rigorous assessment, transparency and soundness are necessary in all areas of U.S. research and development.

The Church Senate Subcommittee hearings in 1974, helped to reveal that the U.S. was conducting nonconsensual experimentation: the MKUltra experiments, on American children and unwitting Americans. Some of the defined goals of this experimentation were:

a. To research techniques to impose control over the
will of an individual, including neuron surgery,
electric shock and drugs and hypnosis;

b. To design and test septal electrodes that would enable
Defendants directly to control human behavior; 1.

During the Church Senate Subcommittee Hearings these experiments were found to be unethical and illegal. The CIA and the military were directed to find unwitting citizens who had been experimented on and notify them of these tests in 1976. To date, it would seem that this has not happened. 2

Our group is formed to specifically deal with current abuses, and nonconsensual testing, of directed energy weapons, and other testing, by the military/intelligence community.

Some EM devices can cause human muscles to spasm, and vibrate, and it can cause nerve pain. This targeting, with bioelectric weapons, can occur in the individual's home, workplace or on the street. These weapons, such as one that "tentanizes muscles" 3. as one might be walking into a store to shop, transmit silent unseen, electromagnetic energy, for a specific purpose (often some sort of targeted experimentation or harassment).

High levels of microwave transmitted to the head can cause a ringing or buzzing sound to occur. Long term exposures, to these devices can cause migraine headaches, kidney problems, changes at the cellular level, and other pathologies.

Military intelligence development of these devices as weapons, has produced the taser, acoustic heterodyne, active denial system and other EM based weaponry. These weapons and devices, continue in their development. Our Blackberries combine the capabilities of computer databases and cellular telephones. The U.S. military spoke of "shock and awe" in its Iraqi military action. They refer to a device called the "Voice of God" to frighten Iraqi ground troops. This is a microwave audio (form of EM) transmission device.

In an important, pertinent case, Strom versus Boeing (Wash SuperCt King County No. 88-2-10752-1), Mr. Strom was assigned by Boeing, to test a “pulser”, which generates high levels of electromagnetic pulses (EMP). Revelations in the case explained that Mr. Stom himself, was being experimented on, to test his reactions to EMP and for epidemiological data on the effects of the radiation. This data was shared in medical references and never revealed to the workers. Mr. Strom developed chronic leukemia and later died.

The nonconsensual testing, many citizens are experiencing is wrong. It is morally wrong. It is also a violation of national and international law. We intend, nay sorely need, to get this stopped. Citizens must be notified of involvement in earlier CIA tests. Later human subjects, must also be notified by testing agencies of the military/intelligence. We seek strong and effective action towards this goal. We ask your assistance, Congressman Markey.

We are working to get this stopped. We ask that you support our goals and speak with us, to help our concentrated efforts to end these violations of the human being, spirit and body. If the development of these devices does not proceed along ethical lines, and in accord with international law (developed upon exposure of outrageous abuses in Nazi Germany), human rights, and constitutional freedoms, as we now understand and enjoy them, are severely jeopardized.

The ethical consideration, “what kind of a world are we making and leaving for our children?” presents a very vital, real question in this situation. The very sustainability of civilization itself, is threatened by this continued unauthorized human subject testing and EM weapon development, in this manner. Current national and international laws need to be observed. Left unchecked, this problem may certainly involve our children, grandchildren and other innocent, unwitting and possibly, vulnerable populations. This needs to be stopped, now.

The Wilson Directive, the Nuremberg Code, 45 C.F.R. 46 (the Common Rule) and other laws, (including Executive Orders) and accepted norms of practice need to be adhered to. These activities need to be stopped, in accord with these rules, laws and international laws. We ask that you speak with us, concerning this situation and read the literature, we provide and take our complaints and concerns, very seriously. Thank you for your kind attention to our concerns.

Representing 40, Nationwide and by association, 200

1. 26 July 1963 Memorandum For: Director of Central Intelligence, Subject Report of Inspection of MKUltra
" Scope of the MKUltra Charter

. . . Many additional avenues to the control of human behavior have been designated by the TSD management as appropriate to investigation under the MKUltra Charter including radiation, electro-shock, various fields of psychology, psychiatry, sociology and anthropology, graphology, harassment substance and paramilitary devices and materials."

#15. DEFENDANTS’ promise in the 1970s to locate the victims of their human
experimentation program, and to provide compensation and health care, proved to be hollow. DEFENDANTS never made a sincere effort to locate the survivors. . . .

U.S. Patent 5675103
Inventors: Herr; Jan Eric (San Diego, CA)
Filed: February 8, 1996
Abstract:
A Weapon for temporarily immobilizing a target subject by means of muscular tetanization in which the tetanization is produced by conducting a precisely-

modulated electrical current through the target. Because the electrical current is a close replication of the physiological neuroelectric impulses which control striated muscle tissue, it tetanizes the subject's skeletal muscles without causing any perceptible sensation. One source: http://patft.uspto.gov/netacgi/nph-Pacer